One of the greatest cinema composers ever, Academy Award Winning Jerry Goldsmith asked me to compose the 6 minute prison battle at the end of the Robert Redford / James Gandolfini movie THE LAST CASTLE. Jerry had it in his contract that he could ask whoever he wanted if he needed help. Jerry gave me no instructions but I used his hero theme at the climax. I also incorporated Jerry’s ascending thirds theme in the action portion. After finishing composing, I called Jerry to have him review a mock up. He said he didn’t need to see or hear it..he’d hear it soon enough.  After I conducted the first rehearsal at the old CBS Radford recording stage with an 80 piece orchestra, the music executive unwilling to make a deal before hand happily called my agent and made a very good deal for me.  No changes were made. We recorded it on take three with the amazing Los Angeles Musicians. 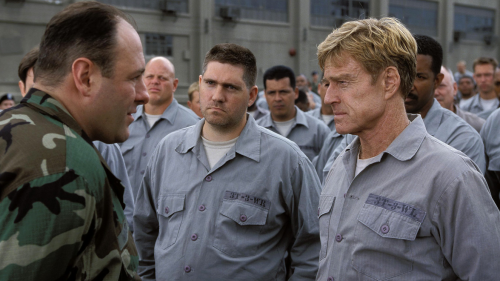